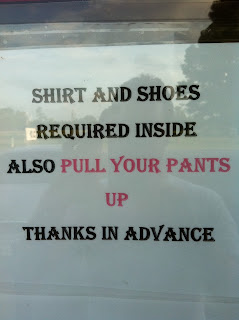 I have just returned from my yearly pilgrimage back to my roots in sunny South Carolina, where the "Hey y'alls" run plenty and the grits flow thick. It's my mama battery re-charge time to catch up with family, friends and Vitamin D.

I know I am biased but I think it's a magical, unique place where, in some places time has stood still (or maybe its my brain). Just like any other place on Earth, it has its negative points, but for me it will always be home.

So I will share with you a snapshot of things Southern that amused me, touched me or was just plain crazy to see!

To the left, you can see that people in the South have to be told to pull their pants up before they can enter petrol stations. Oh and to wear a shirt and shoes too. Because, yes, people do run around half naked with their butt cracks hanging out. No lie, I witnessed it my entire life. Actually, these signs are posted on the door of most shops, gas stations and restaurants. I admit, I am guilty of going barefoot when I am home! But I wouldn't make people lose their grits with letting my pants hang low... 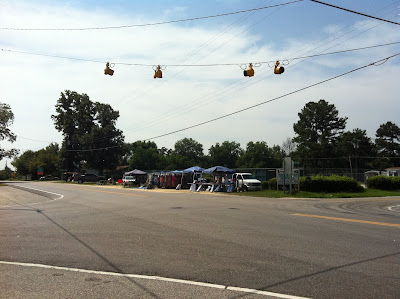 Now here we have some roadside shopping. For me, this was one indication of just how bad the economy has declined in the South in just a years time. People bring there old stuff, new stuff really anything from clothes to produce from gardens and sell on the side of the road. Its like a flea market you just pull over and shop. And you can find some really good deals! This is at a popular intersection just outside of my hometown. Some small local farmers even have little makeshift produce stands on the side of the road to sell seasonal fruits and veggies. 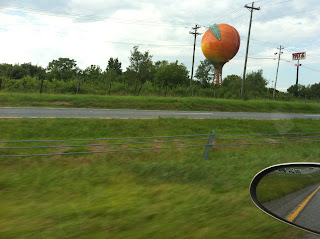 As if you can't tell, this is a giant Peach on the side of a major highway. I'm pretty sure its a water tower but it's quite shocking when you are in a driving trance and the next thing you know, you see this giant peach that from the first glance looks like a giant butt crack (or I'm insane from changing a million diapers in 4 years).


The next photo really struck me, I suppose because I have been living in Amsterdam for 10 years now I forgot how simple life can be, especially in the South, where you can still live on a dirt road. And then I remembered in my old neighborhood we had dirt roads everywhere. Matter of fact, I learned to ride my bike on a dirt road. 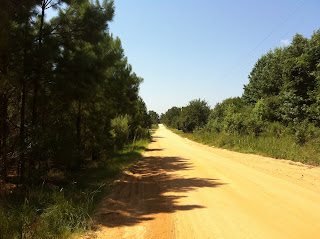 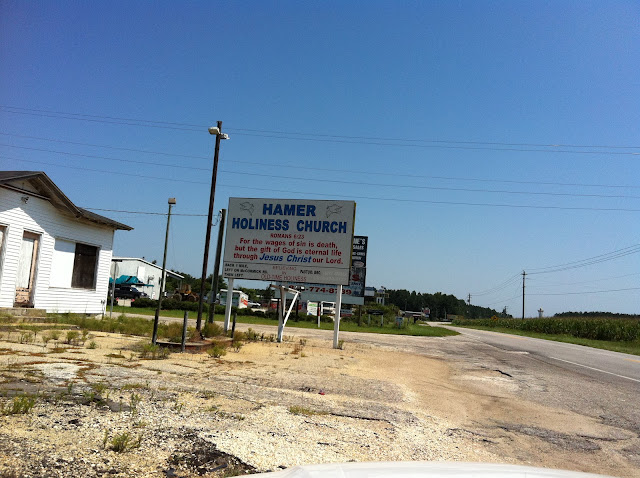 And then I was a bit older we road dirt bikes and 3 wheeler motorcycles on these roads. They were our playgrounds! And when we got tired of riding motorcycles, we would stop and have "dirt ball" fights with the clumps of dried dirt and clay. When it rained even the paved streets would flow orange from the dirt roads, thats when we knew it wasn't just a passing storm.

Well the South of course is known as the Bible belt and South Carolina is the belt buckle! You can't go more than a few miles without seeing a billboard, church sign, or flags in people's yards advertising Jesus and warnings that God is coming soon. After 5 weeks, I even began to fear the Apocalypse when our plane ride back became bumpy.

This is just as ad for a church, but most signs are personal advice slogans straight from the Big Guy himself. Below you can see one of these catchy advice signs in front of a church.Some of these preachers should really consider going into copywriting! 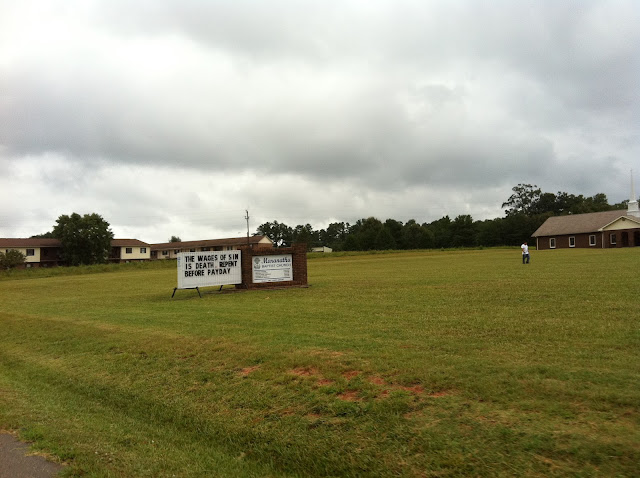 Last but not least, here is my True Blood tribute! Even though I searched and searched, there were no Vam-Puurs! A girl can dream!!! 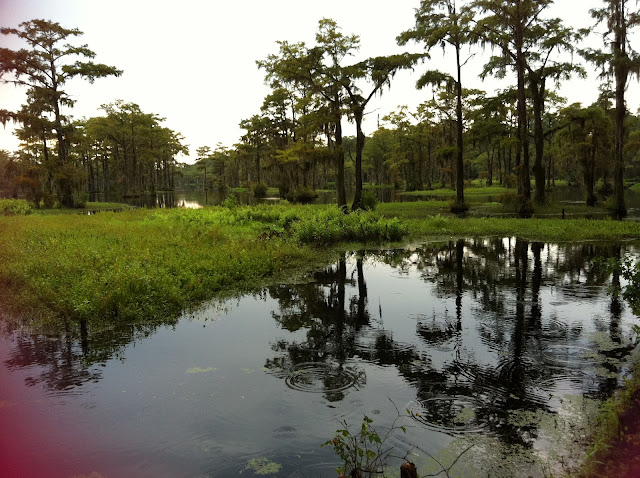 Posted by Amsterdam Mama at 3:13 PM