What I learned from breaking my son's heart 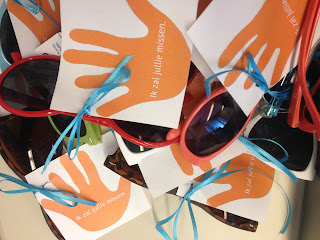 The last thing a parent wants to do is to break their child's heart. Our instincts tells us constantly to protect them, to love them and to keep their heart safe.

However there comes a time in life when parents have to make difficult decisions and the consequence is a broken heart.

Recently, I had to make such a decision that broke my seven year old son's heart into a million pieces.

It all started during his end of year meeting with his teacher in group 2 (kindergarten). He struggled the entire year and the teacher wasn't sure he was ready to go to group three (first grade). We all decided to let him go with the agreement that we could always hold him back later.

And that was what happened, he struggled for another two years and I watched my confident little fire cracker wither into an insecure little boy who began to hate himself. I watched him walk into his class in group four every morning with his head low trying to go unnoticed.

So we were relieved when his teachers agreed we should keep him back another year in group four to mature and be with kids his own age. He was born in late December and had he been born a week later he would have been a year behind anyway. Another big reason to keep him back.

But we knew this would devastate him.  We also knew this was the right thing to do for his future and that the benefits certainly out-weighed the hopefully temporary pain.

It was the hardest thing I have done yet as a parent. My husband sat on one side of our son and I sat on the other surrounding him with our love and support. Then we told him.

It felt like we had chopped off his arm. He wasn't just crying, he was oozing with disappointment. We spent an hour trying to explain to him the "whys" and every now and then through his sobbing he would ask a question. Yet there was no way to explain to a seven year old about the future.

Our hearts ached with him, we felt his fear, disappointment and feeling of failure. My husband repeated over and over that my son had done nothing wrong for this to happen. We said he just needed time for his brain to grow. And he understood a little more each time we said it. My husband told him about his own experiences of being held back in school and soon the tears were replaced with giggles.

No matter how much he laughed, or how much he tried to dry up his own tears, my baby boy had a broken heart. It was obvious in the following days that he was at the lowest point of his life. He knew that in a few weeks the friends that he spent years with would soon move on and he would be left behind, all alone, with strangers.

As a parent, it is so hard to watch your child walk around like this. We were also in a sort of mourning with him even though we knew it would all turn out positive later. As his parent I felt like I failed him somehow. If only we had held him back two years ago, he wouldn't have even noticed. If only I had fought for my son harder, then his heart wouldn't be hurting so badly today. My head was full of ways I had failed my son and my heart was full of guilt from not protecting him from this pain.

Then my husband had this brilliant idea to let my son spend his savings to buy a Star Wars Lego ship to distract him. We told him it was a reward for trying his best the last year. And it worked,  he came home every day after school to build the star ship. After a week of building the ship, he was ready to talk about the decision we made and his future. Each day he was able to express his concerns and we were able to help calm his fears. We watched his sadness turn to anger, and his anger into acceptance.

And his teachers were amazing support for him. They planned a party and gift for him on the last day of school for his classmates to say goodbye. His classmates were also super supportive. Every morning since the news broke, they went to my son at his desk and put their arms around him or talked to him about how they would still remain friends.

The other parents were amazing too. I received so much helpful advice and even hugs. Yes Dutch people hug! I also went online to the community from Amsterdam Mamas Education Facebook group and received the best advice ever on how to navigate through this situation.

For the first time in my 13 years in The Netherlands, I didn't feel alone, and we as a family will not go through this journey alone. My son is loved and this love and support will get him through these dark days. I have also learned what it feels like to make a difficult decision and how to find the strength to follow through. And the world has taught me that good people still exist and especially in a place where I am an outsider.

Posted by Amsterdam Mama at 7:54 PM