Mama goes to the gym! 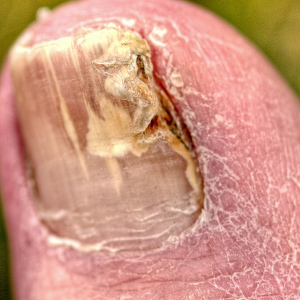 It's a miracle...I not only stepped inside, but actually worked out, in a gym (all thanks to a good friend/colleague).

But the fear of working out for the first time after a LONG hiatus was overshadowed by yet another embarrassing moment in my life. Let me set the scene...nice gym...big machines...even bigger Trainer...young, chiseled, mama-can -just imagine the six-pack -under-that-shirt Trainer...

So,  in the dressing room, I'm changing into my workout gear when I look down at my feet. My feet. I was not able to see them for years and now unfortunately,  I could see them clearly. They were no longer feet. Somehow my feet and toenails had turned into something you would see in the Thriller video. Big, hairy toes with claws at least an inch too long and an inch too thick, coated with patches of blood red polish, chipping to reveal putrid yellow-green-brown nails. And God only knows what was under the nails.

I totally forgot to cut, clean or even think about my toenails. I barely have time to brush my hair most days, so toenails...not even on the list. No worries though, like many body parts after having a baby, it was my little secret, no one would see them tucked away safely in my running shoes.

Problem solved and I was ready to workout! But first, dessert...I had to sit down with the hot young trainer and tell him all about my workout habits (rather, lack of). So we sat down and chatted and  I attempted to flirt, but of course, that ended abruptly when it was time to jump on the scale.

In that forceful Trainer tone, he scared me into removing my socks. I had no choice. I removed each sock slowly, hoping he wasn't looking. Then it was like a scene from a horror movie...my toes were sticking out like little rotten pieces of macaroni. I tried to pull my pants down lower on my waist hoping they would lap over my nails.

No such luck, the nastiest toe still peeked through. And then the situation worsened. He got down on his knees just inches away from my crusty daggers to read the weight.

I tried not to move, then maybe he wouldn't notice them. But how could he miss them, both of my big claws surrounded the digital number on the scale. By that point, I was drenched in sweat and I hadn't even lifted a weight. I was exposed. It was too late. I had to save myself, so in a soft apologetic voice I said, "Glad I have time to get a pedicure tomorrow."

No reaction. No reply. He was probably trying not to let the vomit escape his mouth. Oh well, I thought to myself, just another embarrassing moment to add to the list. I am a mother, not a Barbie doll and I will never be perfect...and I am just fine with that!