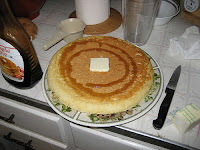 There is no easy way to tell about my latest life changing experience..I just have to tell it...the Mammography machine swallowed my breast and wouldn't let go this morning.

Let me start from the beginning, hopefully it will help with my PSD. So this morning I go for my dreaded routine mammogram. First of all, I am suppose to go every year but to be honest, I hate it so much it ends up being quite a bit longer. I know, it's terrible and selfish, but nothing scares me more than to see "my girls" made into plastic pancakes (and its a bit painful as well).

I check in at the front desk and the receptionist says to me "Mam, you aren't even 30 why is the doctor asking for the mamo". She makes my day! I smile and tell her I am 38 and she apologizes. Wow, maybe I will come here more often! I then float into the waiting room totally oblivious to what was about the happen.

Finally I am called back into the torture chamber and its show time! I help the poor technician plop my first "girl" onto the griddle. The technician then steps on the pedal of pain and down comes the slab of clear plastic until it squeezes me into a pancake. 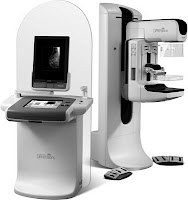 She taps some buttons on the machine and then hits the pedal again to raise up the plastic piece of hell. Nothing happens. She taps again. Still it doesn't budge. She slams her foot hard on the pedal. It doesn't even move a centimeter. It's stuck. I'm stuck. My boob is stuck in the mamo machine!

Oh my god, was all I could say. What if the machine decides to work again and continues to clamp down? Is it possible for it to squeeze my breast off? Visions of my breast exploding in the mamo machine race through my head. I have to get it out. I have to do it fast. I try pushing it out with my hands. Ouch! No way, this baby was lodged in there tight. Maybe I have some lotion in my bag or better yet the greasy leave in hair conditioner. I could grease it up good and get her out. In retrospect, thank God my purse was out of my reach.

Meanwhile, the technician was busy hitting buttons and stomping on the pedal until finally she rummages through the shelf above for the user's manual. She sweetly tells me "it was no problem" and that she would find the code in the book to release the clamp.

No problem? Obviously she is blind because there is a problem! I look down again at my poor baby and this time she is pale white. This throws me into hyper panic. She was dying! Forget about any future mammograms, I was gonna be one-breast-less after this day.

I have no idea what the torture technician did, but she taps on the pedal again and the clamp finally moves and in the right direction. I pull my poor girl out and hold her tight. Throbbing a bit and sore but she will be ok. We are reunited!

The tech looks at me with tears in her eyes and she says, "Ok, now the left one".