Why I compare my kids to other kids 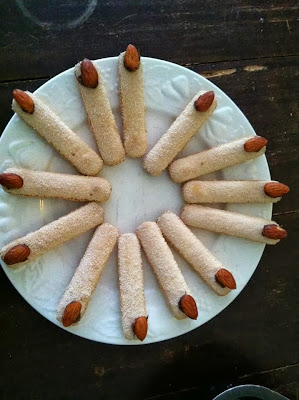 But of course, most parents break these rules often comparing their kids to Johnny-next-door or to Cousin Cary's perfect offspring. Not me. I have been too busy beating myself up to take the time to look around.

You see, one huge disadvantage to raising children away from your network of family and friends is that you don’t have anyone around to support you or any examples to follow.

My kids certainly didn't come with instruction manuals and I have only been a mother to a hamster and a bunny and both ended up running away.

Of course, I don’t want my kids to eventually run away, so I constantly worry about doing my job properly as a parent.

It wasn't until my daughter started school a few weeks ago that my self doubt hit its climax. I was not only stressing about going back to full-time work after five years, but also not only exposing my daughter to the world but my parenting skills, too.

Breaking the rules
Then it all changed during a stressful school morning drop-off. It began when I was settling my daughter into her seat. And I noticed that her nails were filthy. They looked like she had used them for shovels. I was too tired the night before to force her to take a bath and that morning I was too tired to remember if she had washed her hands.

I sucked as a mother! My girl was a filthy pig!

And that’s when it happened. I decided it was time to break the Golden Rule and check out the other kids in her class. I had never done it before.  Never had I really looked at the other kids noses for crust or their mouths for left over oatmeal.

So one by one, I inspected each child sitting at my daughter's table: boy and girl, no discrimination. And that was when I realized that almost every kid had at least one dirty finger. Some even had a handful of nasty nails and nails so long they looked like claws.

Compared to these kids, my daughter's nails were squeaky clean!

Every day after that, I began to discover imperfections in the parenting abilities of the other parents from the class. Charly was not the only little girl with hair that looked like a rat crawled and died in it. Charly was not the only child that wore her pajamas to class because I forgot to see what she had on under her coat. The room was filled with crusty noses and boogie smeared hair!

Her class was full of failure, neglect and laziness! Yahoo... other parents sucked too! I love the Dutch culture!

After those first weeks I no longer doubted my parenting abilities as much. Either I sucked as a mother or I was just average. Either way, it didn't matter to me, at least I wasn't alone!
Posted by Amsterdam Mama at 4:03 PM