Happy Mama's Day to me! 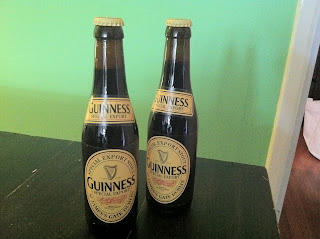 My one day out of the year finally arrived and I had only one wish: not to have to wipe anyone's crap trap except my own. No diaper duty, no toilet duty. Just for one day out of the 365. So I tell Babby Daddy this is my only wish. Besides saying "shit I forgot tomorrow was Mother's Day" he said "No way" to my only Mother's Day wish.

Fine. After 4 years of being a mama, I have learned to have rock bottom low expectations when it comes to Mother's Day. I think kids should appreciate their mother everyday, but come on...who ever really appreciates their mothers the way she should be appreciated...very few I am sure! We are all too busy being mothers!

So this Mother's Day I took matters into my own hands! I grabbed my purse and told Baby Daddy to watch the kids on Mother's Day Eve. I got on my bike and drove straight to the liquor store. Mama was gonna get a Hangover for Mother's Day!

When you are handed lemons, make lemon drops! I never, ever drink alcohol for the simple fact that I am so hungover the next day. I swear I can just take a whiff of whiskey and want to lie in bed all day (I said "want"...the snot noses would never allow it!) But I decided I was gonna celebrate my motherhood! Mama bought herself some Guinness Stout in a bottle!

As soon as I returned home, I popped one open! Yummm chocolate beer. I sat all by myself, for two seconds before I was covered in kids. I was just about to pop open another when I stood up. Mama was tipsy! From one beer. Cheap date!

So I decided I would wait to have one more after I put the kids to bed. It was one hour later before the last snot nose was down and I was too tired to continue celebrating surviving another year of motherhood. No worries, I still have 3 Guinness left...maybe next Mother's Day!